Brett — One Man’s Story of Infidelity, Discovery, and Recovery — Entry 2

HomeBlogBrett — One Man’s Story of... 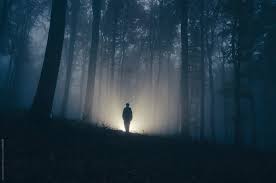 “I felt like I was so alone. I felt that nobody else was doing what I was doing.”

While sending emails back and forth for this Q&A, Brett and I had the same thought: We’re communicating intimate information with a total stranger. It was a thought we syncrhonistically expressed reconvening after a weekend.

We have never spoken, texted, or Zoomed. I have no idea where he lives. We’re not connected on social media, other than Quora. My prior experience collecting stories has either been by phone or in person. It’s a unique circumstance not having outside influences or stimuli.

By whatever fate, we do have his hope and my mission.

Was your infidelity physical and/or emotional?

Physical. I had multiple partners. I never wanted the emotional. I only got myself emotionally involved as much I needed to get to the physical component. It was never a long-term thing with the same person. It was never with anyone I knew. Again, this supports the idea I only did it because I wanted to feel wanted.

How many years were you engaging in infidelity?

I already had my issue prior to her passing, but 2006 would be a good guess as to when I started. After her death, I stopped with my unhealthy behavior for a while but started up again. This time I went from bad enough to worse. I started with the physical aspect.

Suffice it to say my behavior was years long. I also want to qualify that these were not really affairs, more like hook-ups, if that makes sense. Don’t get me wrong both are infidelity, but I never got involved beyond a certain point. Most times would be with the same person 2-3 times. Then, I’d move on or stop by “white-knuckling” myself to not stray. I felt like I was so alone. I felt that nobody else was doing what I was doing.