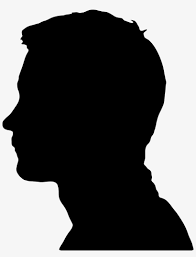 In week three, Brett gets honest about sensitive subjects. Yes, infidelity is sensitive enough, but there are tangents and reasons behind those tangents–or, they’re still unknown.

Brett doesn’t have all the answers yet. Infidelity recovery is a lengthy process full of confusion and learning curves. Although healthier and mindful, he’s still working his way through thoughts, feelings, and actions. He’s courageously willing to share his victories and defeats as learning tools for others.

Take and embrace what resonates.

How many partners did you have?

Possibly 30 – 60. Again, I really and truly do not know. At one of my counseling sessions, they had me write down all the names of the partners I had. I was appalled, embarrassed, and humiliated at the amount, and by my actions. I did not even remember the names of some. There were way too many. The exercise was to write the names down, then shred the paper thereby releasing any bond I had with those women. It’s something I have done two more times since then. I burned the papers to symbolize the disconnection of myself from that behavior. It is a tangible physical act I can do to help release myself from my past life.

b) Do you mean you were having unsafe sex by no condom usage, or unsafe because of having many partners?

Not much explanation to this one except to say, both. I would ask someone I was meeting if they wanted to use condoms. If they said they wanted to use them, I would say, okay, thanks anyway, and I’d decline to meet. It kind of gave me an out to not follow through with the meeting. Many women would say they didn’t want/need to use condoms, then I would ask if they were “clean” and on birth control. Of course, they would always say yes, but then again, who knows. So, the bottom line here is, yes, I was unsafe in both ways.

To add a bit more, when I would first start doing this, it was always with protection. There was this one time I had a hookup with someone new. At that time, I never gave unprotected sex a thought, but suddenly without asking, she initiated it, and we were unprotected without even discussing it first. I compare it to a new high from an even more powerful drug. As an addict, I then needed, and began seeking this new “drug.”

I did get myself tested on three different occasions. Thankfully, I was negative each time.

c) Why would you decline to see someone if they wanted to use protection, other than using it as an excuse to cancel the meeting?

You know I am not really sure. At the time I told myself because it felt better without a condom, but upon pondering it more when you asked me this question, I do wonder what the reason was. I suppose I could think of the added element of doing something I know I wasn’t supposed to, but then again, I wasn’t supposed to be having any kind of sex outside my marriage was I?

Perhaps it was more of my controlling behavior. Let me expand, if I was getting someone to agree to unprotected sex then it was my way of more control over them, which is stupid, because once we parted ways I had no knowledge of what they did.

Possibly it could have been another insecurity thing. I felt more wanted when they didn’t want protection. Or was it just more of my addictive trait manifesting? Once I had done that was it not worth doing without it? Or, was it not worth the risk unless it was taboo? Truly, I don’t know the answer.

*Next week Brett recounts his infidelity discovery. Please join us on his journey of healing and health.