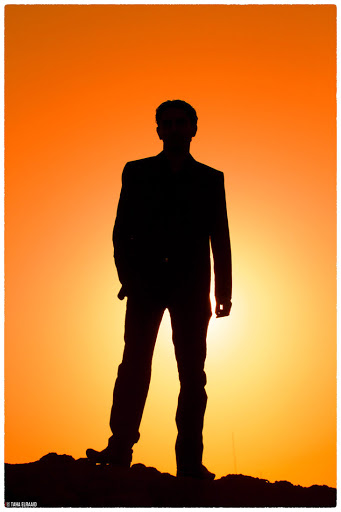 “My behavior was more emotional abuse due to my insecurities and thinking she may find someone better, even if I didn’t know it or understand it at the time.”

Brett and I have been exchanging information for one month. July was one year into his infidelity recovery. That’s a remarkable feat. His wife should be commended as well. Not many people are willing to get to the other side of adultery.

I asked him how he’s feeling. He gave me a very insightful rundown. This man writes from the heart which is important for anyone seriously trying to overcome past mistakes. His complete answer deserves full view, but for now, I’m choosing to share an extremely short version. I’ll save the rest for a later date.

“There are good days, bad days, easier days, and harder days, but overall, I’m living in freedom instead of the secrets I was keeping. This is so much better!!”

It’s safe to say, he’s much happier with the healthier version of himself. Who wouldn’t be?

Did you realize you were exhibiting unhealthy behavior? Or was it discovered?

A little of both, maybe. I knew what I was doing was not healthy. I was taking more and more risks of getting caught, and with my health by being unsafe from having multiple partners. I wanted to stop for years. I could for a time but then was drawn back. It was such a lonely place, which is funny, as that is what I was trying to get out of–the loneliness. Nobody knew my secret so nobody could help me. Also, anyone who knew me would never suspect I’d be unfaithful to my wife.

Ultimately, my infidelity was discovered. I still don’t know all the circumstances. I haven’t asked because it truly does not matter. What I do know is someone who knows my wife, told her. She logged into my email account and saw the emails I had saved. I believe it is important to note, while I could let myself go down the trail of wanting to get back at the person who told, but that would be unhealthy. I was the one in the wrong. I don’t ever intend to seek out the circumstances of why they told my wife or all the details. The darkness needed to come into the light. I am healthier now because of it.

b) Why wouldn’t anyone suspect you as being unfaithful?

On the surface, I seemed to be a good dad. I worked hard, treated my family decent, and kept myself hidden from the world’s view, but I was falling into the same patterns of how I was raised; I would yell louder if the kids would not do what I wanted. I never yelled at my wife. There was never any name calling with anyone. I’m digressing, but these are some of the pieces of my personality that I have since changed.

Now I know my wife hated my controlling behavior, like not wanting her to go out with her sister or for her to go away without me, etc. Let me be clear it was not over the top abusive, as in she could not leave the house. But still, if she felt stifled, then it was not healthy. My behavior was more emotional abuse due to my insecurities and thinking she may find someone better, even if I didn’t know it or understand it at the time.

Also, I was really good at keeping my outside life hidden. I would secretly slip away from work for a long lunch, but would not stay out late in the evening. I do not drink alcohol at all, so I was not at the bars.

Well, I am not one wants or needs to be the center of attention. So yes, I prefer a low profile in life, possibly even more so now. As far as keeping hidden from the world’s view, that is an easy one. I knew what I was doing was wrong, no question about that, but also I did not want to be judged. As I mentioned before, I was always judged or felt inferior in my upbringing.

*Backstories, everyone has one. Unfortunately, not everyone realizes how this plays out in daily life. In Brett’s case, it made an impactful difference. It’s easy to slip into familiar patterns until they become unfamiliar secrets.