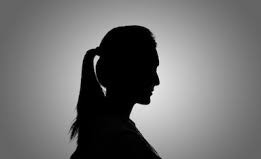 “Recently, during one of her difficult days, she asked why she wasn’t good enough. That cuts me to the core. I told her it was me that was broken, not her.”

Brett has been open and candid about his infidelity experience. He’s putting himself on the line in hopes of helping those who need an outlet for their conflicted feelings.

It’s important to him that others avoid the same patterns he had and are aware of the negative prompts that caused him to act out: a dominant father, insecurities, and feelings of inadequacy.

Although still working through his recovery journey, he’s willing to receive feedback. Infidelity elicits various opinions–many. We know you have one.

How did your wife react?

She confronted me the day she found out. She told me that she knew. I did not deny it, although I did not give her details or full disclosure at that point.

I will never forget her walking in and calmly saying we had to talk. She asked about my email account. I walked outside because the walls were caving in around me. We sat in the grass. The most animated she got was when she threw down her folder and asked what the hell I was thinking. And, if I knew what a shit storm I had just created.

What I didn’t know is when she confirmed her suspicions, she made an appointment with a divorce lawyer. She did see him a few days later, but it was just that one appointment. I would not have fought her. I would have given her everything if she had followed through with the divorce, I told her this. She said I needed to find someplace else to stay. After a few days, she told me I needed my office out of the house.

Later, she became blunter and angrier than I had ever seen her. Simmering anger. She doesn’t usually get mad. She goes silent. I now know, due to my controlling behavior, she stifled her opinions and didn’t say much to avoid disagreeing with me. She said the infidelity discovery helped her find her voice.

Recently, during one of her difficult days, she asked why she wasn’t good enough. That cuts me to the core. I told her it was me that was broken, not her.

I am thankful to say that releasing my controlling behavior is one key to our happiness today! Of course, she would not put up with that any longer if I started again.

Did your wife also attend therapy?

Yes, she did. She first met with our pastor and a trained woman from our church. She also went to a local counselor who helped her quite a bit.

As things moved forward, we talked about going to different counselors within the same office. We ended up not doing that because my wife had gone there first. It was her place to help make sense of it. After a while, she felt worse after seeing the counselor, so she decided to take a break, and eventually stopped going.

As a side note: Early on, even before we were back living together, and before our intensive counseling retreat, my wife said her counselor asked her what she would do the next time her husband did this because he definitely will do it again.

Talk about a punch to the gut. At first, I was angry, but I digested it for a few minutes. I refused to believe her thoughts and had faith I could overcome my issues. The counselor’s words prompted me to use the power I never knew I had.

One thing that horrified me but empowered my wife was when our pastor, in a joint session, gave her permission to leave me. He affirmed that she was well within her rights to do so. I was like, what that heck, aren’t you here to help? I now realize his words took a weight off her so she could make a decision based on what she wanted, not one she felt obligated to make. I also believe it strengthened us. I know she chose to stay without any outside pressure.

She does have triggers that cause her to struggle. During a sermon, the pastor said the word prostitute. It was difficult for her to hear that. We were able to talk it through and come to an understanding.

Each time this happens, it reinforces the sorrow for my choices.

How did your behavior make you feel around your children?

Before the discovery, I did not think about it much around my children. I just did what my Dad had done (yelled, was strict). I did what I knew. Looking back, my oldest son and I had a strained relationship. I would yell at him to do his homework; he wouldn’t. It became a vicious cycle.

After we told the kids, I saw how it broke my ten-year-old son’s heart. The look in his eyes will forever haunt me. Telling him I had to leave was horrible. My fifteen-year-old son did not react at first but later was very angry. He openly told my wife, and our pastor, separately, he hoped we would divorce.

With my awakening, I now see my faults and know yelling at the fifteen-year-old (now sixteen) was never going to work. I apologized to him. I asked him not to forgive me, but to watch and see if my actions show a changed person. Our relationship, while not lovey-dovey, is growing and currently better than ever.

What I want everyone to know BEFORE they cheat: Don’t ever discount the effect of your actions on those around you.

*The last sentence speaks volumes–and truth. Take it from a people who know, myself included.