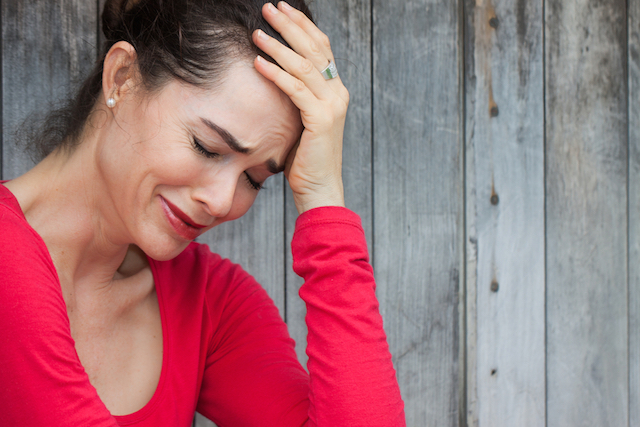 Marriage interrupted. This woman’s tale of love gone wrong may very well echo your own: college sweethearts, marriage of twenty years, and parents. Infidelity has its own agenda.

“While you can’t predict or control another person’s behavior, you can control how you deal with it.” ~ Clarity M.

I was clueless. My college sweetheart, father of my child, best friend, and husband of twenty years committed infidelity. Yes, I was stuck on stupid and glued to dumb for a portion of my marriage.

I met my husband at age seventeen at a university in the Midwest. He was a nerd with pizzazz, and I was a sheltered girl from a rural community in Chicago. The first twelve years of marriage was nothing short of bliss. In that, we traveled, we frequented jazz clubs and we laughed at almost everything. When he looked at me, it was a deliberate and lustful stare; he would tell me that I was just as beautiful as Cindy Crawford or Halle Berry (yeah, right). And, his home cooked meals filled me with joy. For the first time, I felt loved unconditionally. It was beautiful and consistent.
He proposed to me on the day of my graduation. My father was livid, as he believed that my soon-to-be husband would not be able to financially take care of me due to his recent college dropout status. Because my heart ached without being near him, I accepted his proposal and ignored my dad’s warning.

After the birth of our daughter, I noticed a significant change in my husband of twelve years. He became distant, disengaged with rearing our daughter and absent from most, if not all, family gatherings. In short, I was living with a person who appeared to be a stranger. Our conversations were few and far between, sex was non- existent, and his “golfing trips” were frequent.

One summer night, I bumped into my husband in the hallway in our home. He was coiffed – manicured nails, trimmed facial hair and a romantic scent. He told me he had planned on hanging out with his brother that evening, and I didn’t think anything of it. No problem. I encouraged him to bond with his younger brother, as they were not close. When I didn’t hear back from him until the next day, I grew worried. I called him several times, but no reply. The next day, he returned home and told me he was drunk and had not wanted to drive under the influence. Again, I didn’t have a problem with it, because he rarely went out and I too did not want him to drive under the influence of alcohol.

Several weeks later, he looked at me sheepishly and says, “I’ve been having conversations with a woman.” What does that mean? He didn’t admit to having an affair, just that he was talking to a girl he’d met in a bar. I was devastated, and asked him, “Why?” He didn’t have a suitable answer, but his eyes were vapid and our conversation was robotic.

The silence between us was brutal. I felt horrible and unwanted. I attempted to have sex with him, but he turned me down. During this period, I had a car accident. I was not hurt, but I misplaced the police report. I asked my husband for the keys to his car so that I could look for the document there. He yelled at me for asking for the keys. My husband and I never yelled at each other and rarely did we argue, so this was unusual behavior. I waited until he walked our dog, so that I could look in his car for my report. I must admit that his irritability increased my curiosity. And, that’s when I discovered telephone records of the same phone number, along with approximately one-thousand text messages. My moment of truth was in discovering that my husband’s “conversations” was something more sinister – a full-blown affair for months.

I was enraged, and all I wanted was to force him to feel my pain. I wanted to hurt him – emotionally and physically. How could he do this to me? I reared our child practically by myself, battled Lupus by myself, was home alone subsequent to having our daughter, I never looked at another man in a lustful manner throughout our relationship. I was loyal and had integrity. Oh, I was more than angry at him.

Although I attempted to forgive my husband subsequent to my learning of his affairs, my self-esteem was shot. I went through couple counseling, purchased a new wardrobe and sex toys and accepted my husband calling me expletives while having sex with me.

There are people who will tell you that an affair will actually make a marriage better. In my case, it didn’t make it better. Our marriage was broken. I don’t think we knew how to deal with our issues. We met and married young, and our relationship stopped working after our child was born. After some weeks of counseling, my husband decided to leave me and our three-year-old daughter to “find himself.”

Now it was up to me to reflect deeper on my life. I accepted his departure. I knew that this was a temporary setback, an event that did not define my character. After years of my own counseling alone and the deaths of my parents, I judiciously decided that my marriage was not worth fighting for. I could no longer co-exist with someone who deceived and abandoned me, and who made almost no effort to recover our marriage. My light had been diminished, and I needed a burst of spirituality and self-recovery. Time to re-invent myself. A rebirth.

Betrayal is a life-altering experience. It took me a year (and a lot of self-reflection exercises!) to truly learn to love myself. For nearly twenty-four years, I was someone’s wife. That was my validation. Now, I had to learn enjoy being alone without being lonely. To be present in my life, to “show up” for each moment, not just exist within it. While you can’t predict or control another person’s behavior, you can control how you deal with it. I learned that I didn’t have to be someone’s wife or girlfriend to feel validated.

Our lives are not linear; it’s all the wonderful side roads that make life wonderful, complicated and worth living.  I’m now living more in the present, appreciating life, accepting what is and moving forward with a renewed sense of being. And, I love myself enough not be disrespected, diminished or demeaned. I have elevated my thinking about relationships. I am no longer stuck on stupid and glued to dumb.

1. What would you have done differently? Given my eyes are older and my heart is wiser now, I would not have blamed myself for my ex-husband’s infidelity. I felt ashamed, diminished and irrelevant.  It took me nearly two years to gain a greater understanding of my life-altering event. His behavior lacked integrity, which was independent of me.
2. What was your lesson learned? Learn to learn love yourself and live a fuller, richer life.
3. What is your advice to others?  1) Seek happiness within; 2) Find your core; 3) Know that infidelity is not your fault.
*Thankfully, Clarity found hers. Take inventory. The same can apply to you.