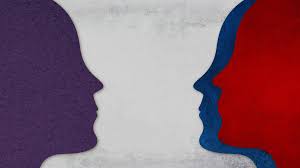 In story number two, Patricia D. shares her provocative and unlikely encounter with her husband’s mistress – in their home. Goes to show, you never really know what can happen, or how you’ll respond when infidelity walks through your door.

“When you think about those moments in your mind, or you see them in movies, or hear about them from your friends, you always think you will react a certain way.” ~ Patricia D.

Here’s what is going to happen. Prepare yourself. Imagine the worst thing you have ever experienced; death of parents, losing pets, awful natural disasters, locusts, any of it. Now, take all of those things, put them in a big truck, have the truck run you over and maybe that will give you a tiny fraction of the pain and madness you will experience when you discover your partner has been unfaithful and your marriage is done.
Flashback to our Kentucky Derby party. And may I say, the last Kentucky Derby party we would ever host, and likely my last as well. My husband invited a number of women from his gym where his workouts consisted of Zumba class, Skinny Jeans class, Ripped class – you know, activities where lots of women would be.

From the moment she showed up, almost everyone at our party picked up on something that was off. She walked into my home like she owned the place; as it turns out, she had been there before. She brought a hostess gift, although it was addressed to “Kirby Baby”, complete with bubble-dot I’s and hearts. She barely acknowledged me, but I was committed to trusting my husband. She spent the afternoon drinking bottles of chardonnay and suddenly was telling anyone who would listen about how her husband of 23 years cheated on her.  As the evening progressed, some of my family members pointed out that everyone had gone home except for her. At this point, she was so wasted that I couldn’t let her drive, so I told her she could sleep on the couch. I thought since she was a friend of my husband that it was the right thing to do.  The rest of us – except him, settled in to watch TV.  She went to find another set in a different room, and then it was radio silence. About twenty minutes later I went to find my husband. Boy, did I find him. On top of her, in one of the guest rooms, full-on making out.

I never thought I would be in this place. I’m sure many women have said that exact same thing. Everything had seemed too good to be true when we settled into our new house. I’d worked my ass off to be able to buy it, completely on my own. We don’t have kids, by choice, mainly because my career kept me traveling, so for ten years, we seemed the perfect married unit. We never really fought and I never once pressured my husband to get a job. It all worked, or so I thought.

What was going on in the background? His father had recently died; I was traveling a lot for my career; we had lost all the equity in our first home in a bad market; our beloved Labrador had major surgery; my father became sick (and died a horrible death six months later); my husband’s sisters were feuding over the estate after his mother’s death; I had put on 30 pounds and he had many years of career troubles. Or maybe it was something else. Something different.

After his father died my husband decided to lose some weight. He had always been a big guy and this was good for him from a health standpoint.  Although, as it turns out, his motives were altogether different. He began to drop weight, spent a lot of time with a woman in our apartment complex and then started telling me lots of things that were not true.

The first time I found out my husband told me a major lie I was completely devastated. In hindsight, it’s possible that there have been lies all along, but in my mind, they were just small, harmless lies. The big lie though, involved a hockey game (I love hockey) and the woman in the apartment complex. She became a divisive factor in our relationship and turned me into someone I didn’t want to be: a jealous, angry, suspicious wife looking for evidence of an affair.  Of course, I had every right to be suspicious and after a year of her saying just horrific things about me on text messages, the kind of things that typically only a mean teenage girl would say, he abruptly ended their “friendship.”  A few weeks later he had a new one on the line. This time I wanted to trust him, so I did. I assumed the lunches were innocent. He said the texts were just flirting. Know this ladies, no good can ever come of flirting text messages. Ever. Ever. Ever. And this was no exception.

When you think about those moments in your mind, or you see them in movies or hear about them from your friends, you always think you will react a certain way. I’d assumed I would become enraged, loud, vindictive, but this assumption was diametrically opposed to how I actually reacted. Looking back, I am really proud of how I handled that night at our Kentucky Derby party when I caught “her” and my husband making out in our home.

I politely told her she had to leave.

I calmly asked how long this had been going on.  They both denied anything was going on.

And just to show you the type of person she is, she insisted on driving home even when I told her she was unfit to drive because she had drunk four bottles of chardonnay.

So I explained that I was not concerned about her wrapping herself around a tree, rather the possibility that she might harm someone else and my potential liability in that situation.  Her response? “Well, that’s why you have insurance.” My response?  “Get the hell out of my house, now.”

*Think you’d react the same? We can speculate, but unless actually in the situation – you don’t know. She chose her route. Hopefully, you’ll never have to choose yours …