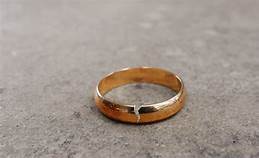 This man’s wife cheated on him. After the hurt, anger and serious divorce and economic considerations, he decided to stay married. Read how they’re dealing with their situation. No situation is identical, but it might echo your own.

“I’ve heard that the person who cheats doesn’t want to go to therapy because they don’t want to hear they are wrong or at fault.” ~ G.S.

My wife and I were both twenty-six years old when we began dating. We met, dated for nine months, I proposed, and we married a year and a half later. We had children (twins) three years into our marriage. We seemed happy enough. We love our kids, but it does take time, effort and a certain amount of stress to raise them. No matter what, having them has been a great thing. Like all couples, we have our rough patches. We did see a counselor at one point, but neither of us really bought into what this particular one was saying. Although we didn’t continue to go to counseling, that one session did get us to talking and being on the same page. We overcame the issue we were having at the time and moved past it.

Along our married way, my wife exhibited frustrations. She had pictured herself with more money. Her sister had married a wealthy man and had all the trappings: big house, cars, clothing, jewelry, etc. She would say that I didn’t make enough money and that I needed to do more. I make a decent living and have a respectable job. I told her I was trying. She told me I wasn’t a real man. Of course, this affected my self-esteem, but I continued to try and get ahead. At one point, due to her harping, I did invest a good chunk of money into a business venture in hopes of financial gain. Unfortunately, that venture failed and it came back to bite us.

During the course of our marriage, I suffered some health issues that caused me to feel extremely tired. Sex wasn’t as good anymore. The attention and affection I usually expressed waned. I needed to rest and wanted to be alone more. This eventually created a rift between us. She became more distant, but there were other changes as well. She started to lose weight, socialized frequently with her friends, dressed up more often, freely shopped and began to drink regularly. She also wanted more sex. I didn’t mind her being with her friends, but the abnormal drinking and shopping concerned me. It wasn’t like her to drink so much and she knew all the shopping could be a problem for us. I questioned her and asked that we go over the bills. She didn’t want to. Whenever I would ask she would say, no. She stopped wanting to have sex after one too many (for her) bill inquiries.

One day I came home and she was talking on the phone. I overheard a part of her conversation: “I’m missing you.” It definitely sounded like she was speaking to a man. I questioned her. She said it was just a friend. I had suspicions due to her earlier behavior, but now this was confirmation that something else was going on. I was really upset. A month later I came across a motel receipt, but I didn’t let her know. I remember trying to get a hold of her by phone a few times, but she didn’t pick up. In one instance, I decided to drive to the motel’s address – sure enough, her car was in the parking lot. I called her from outside. Interestingly enough, she answered. I told her I was outside, but that I was leaving. Instead, I drove around the corner. She actually got into her car. I confronted her on her way out, we exchanged some words, then headed to the house. We continued talking and she went right for a drink. Our conversation was going nowhere. I was frustrated, hurt and angry. I couldn’t take it anymore, so I decided to stay with friends for a few days. When I went back home, we didn’t speak much. She slept on the couch for a few weeks. But of course, we needed to talk because of the kids. I suggested therapy, she refused. I’ve heard that the person who cheats doesn’t want to go to therapy because they don’t want to hear they are wrong or at fault.

I consulted with a divorce attorney for a while. It was apparent that our kids needed to be addressed. They were old enough to know something was going on, but certainly not the details. I told them I wasn’t happy and that there may be a chance of a divorce. I also told my wife to file. She said, no. After looking at my finances and what I wanted for my children: good school, neighborhood, etc. I realized that I couldn’t afford to get a divorce. I wanted my kids to have the best of what I could provide and that wouldn’t be the case if the household was split. My wife had mentioned a separation when she started undergoing her changes, before I found out about the affair. I told her no, because she’d probably sleep around due to her new way of being. She said she wouldn’t, even though, as it turned out, she was already having the affair! To this day, I don’t know if it was just one person or others. I do know this period lasted for about seven months. Her comment was: she wasn’t sorry for what she did, but she was sorry for hurting me.

We decided to stay married. We’ve been together fifteen years now. The affair was a year and a half ago. Communication was tenuous in the beginning but over time it improved. We found our new rhythm. It’s different; more guarded. We don’t have bad days, but it’s not as good as before. She still hides things and locks her phone. She’ll sometimes say I’m not good in bed, or grumbles about not having enough money. When she gets frustrated, she starts criticizing. I don’t engage with an argument but do occasionally counter attack. When she mentions money, I tell her she had a great job opportunity and could have made more money herself, which is true. Her accountability is limited, but she does apologize at times. Because the kids are fine I don’t want to rock the boat. My hope is that in time things will be better.

***
1. Done differently? Not sure there’s anything I could have done differently.
2. Advice to other men? Talk to others. Join forums or find helpful resources if you suspect something is going on.
3. Lesson Learned? If you see an issue, address it as soon as possible.