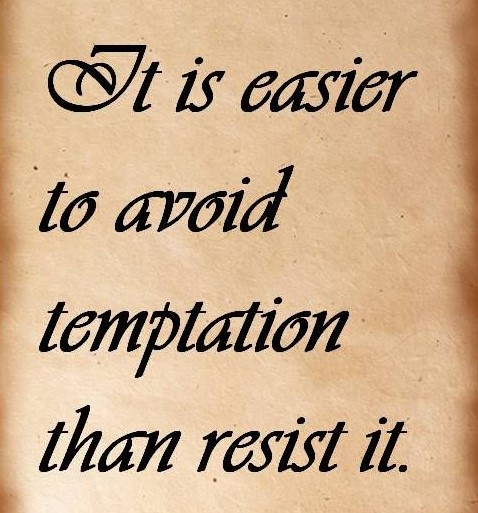 F.R. speaks frankly about his run-ins with temptation. Why he thinks it could have happened, and why – it never did.

“Regarding temptation; ever wonder why men married to beautiful women will still stray? They are the hunters who never tire of the chase.” ~ F. S.

My temptation comes from a purely physical standpoint. I consider myself a voyeur with a deep appreciation for the beauty and curves of females. On another level, during my childhood, I witnessed my mother’s infidelity while she was married to my stepfather (a man I loved and admired. He raised me from the age of seven months until we left when I was eleven yrs. old). She swore me to secrecy with threats of violence. I was an unwilling accomplice, yet I sometimes witnessed her deceit. After leaving my father for another man, who left us after the second month, there was a constant parade of men flowing through our home staying anywhere from just the weekend to several months, to a couple of years. Some of her conquests were; a little league baseball coach, an umpire with the league, a married neighbor from our old street, some co-workers and so on. My mom had few scruples. I’m sure she was the subject of much gossip on our block while ironically being a member of our block club (homeowners who joined together to keep the street safe, beautified the block and threw various parties). Eventually, she was elected as the president and served several consecutive terms. I abhor the fact that I was made to witness her promiscuous behavior and swore I’d never be like her once I got married. I didn’t want to be that guy – but life did challenge me.

During marriage to my first wife, her cousin developed a crush on me. I had the opportunity on several occasions to take advantage of her infatuation but declined at each instance. I told my wife and her family (my wife’s mother was also our band manager) about the unwanted advances. They chalked it up to me “ego-tripping” and misreading her “acceptance” of me into the family. One of the guys from our band managed to go on date with this particular cousin. At our next rehearsal, he kept saying, “Man, all she wanted to do was talk about you.” The family then believed me and had a little chat with the cousin. While pursuing music, rehearsing in the studios, etc., there were other occasions with other women but I managed to take the high road. Fantasies are fun, but my moral compass keeps me from acting on them.

As for my family: my stepfather and I maintained a relationship throughout the years until his death. I tried to understand my mother in my adult years. At least she never allowed anyone to harm or parent me. We eventually did develop a loving relationship. She died from cancer in my home, by then all resentments had long been buried. My birth father died in an auto accident. I saw him maybe four or five times a year. He would always say, “You love your daddy? You gonna be like your daddy?” I loved and idolized him and would always say, “Yes.” He died at twenty-nine years of age … a known womanizer.

Advice to other men; lesson learned? Don’t throw away or risk losing a loving relationship for some lust filled conquest, it isn’t worth the potential devastation to your family. The respect of your wife and children are sometimes all you have besides your own integrity.