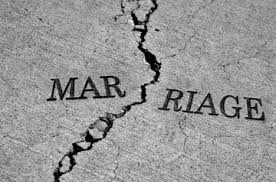 “The yearning for variety in their sex life seems to be more solidly ingrained in their DNA, with the thrill of a new relationship or sexual experience akin to a new drug.” ~ C. S.

My first wife and I were together ten years total, five years married. I’m an entertainment journalist, she was in corporate law. My background is middle class, her father was a prominent doctor in Malibu. My wife said her father was a tyrant: mentally and physically abusive. This, in part, contributed to her depression and dependence on anti-depressant meds. I had a good relationship with her parents. They liked me. Ironically, it afforded them the opportunity to get closer to their daughter. Unfortunately, my wife’s depression was pervasive. I continually tried to boost her but to no avail. She was deeply damaged.

The weight of her disposition and our disparate lifestyles created an ongoing disconnect. I attended many events due to the nature of my work and met unique and engaging people. Overall, my circle of friends ran the gamut. My ex-wife was the opposite. She wasn’t very social and preferred the company of those within her comfort zone; namely, her friends in law. While partaking in what my job had to offer, I started partying and indulging in drugs. In essence, I was married to my job. And my restlessness prevented me from focusing on my marriage.

This also created a deep divide within the relationship. My wife became jealous and insecure. She wasn’t aware of my consumption of drugs, nor the extent of my life away from home. I was leading a secret existence. I wanted to connect with like-minded people. It gave me joy and relief. Eventually, I started a friendship with a female colleague who was exciting intellectually and physically. Our conversations were intense, our chemistry was palpable. It was just a matter of time before I broke my vows with a kiss. She was a younger woman who took a keen interest in me. That was a huge ego boost. I knew it was wrong, but it represented new found freedom. Thereafter, I continually thought about her. I also took pride in the fact that I was taking action, as opposed to others who were unhappy in their marriage and were floundering and miserable. I, on the other hand, was being proactive.

Eventually, I began to feel tortured, conflicted and guilt-ridden. I told my wife that we should take a break from our marriage. My rationale was that I could continue to test the waters and if the new relationship failed, I could go back to my marriage. We divorced a year later.

As a side note: it took me a long time to propose to my current  wife. I loved her, but I wasn’t completely sure, yet I didn’t want to lose her. As it turned out, I did anyway.

Done differently? I think men have a tendency to cheat for two reasons: The yearning for variety in their sex life seems to be more solidly ingrained in their DNA, with the thrill of a new relationship or sexual experience akin to a drug. Secondly, society seems to accept the idea that men can stray and be forgiven more readily than women, with the idea that it reinforces their heterosexuality and, consequently, their masculinity. But I think that attitude is changing.

Advice to others? My advice to men re infidelity is don’t do it unless you either plan to leave your wife or you can lead a double life without guilt, which I was not able to do. Flirting is fine, and even engaging in a bit of fantasy, but once you cross that line there’s no going back.

*Side note: His current wife wound up cheating on him. He then understood how it felt. They remain married.