Questions for Cathy #15: Infidelity Struggles: Which Generation Gets Hit Hardest? 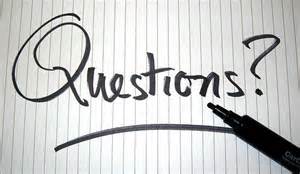 We hear so much about infidelity, but age-wise, who is getting hit the hardest? Is there a certain generation that experiences betrayal more, or less? I receive Google Alerts regarding infidelity. The age range seems to run the gamut, however, I wanted to know what this looks like from a professional therapist’s point of view. So, I referred to the ever-insightful Cathy Chambliss, LMFT.

EML: Is infidelity more common in mature, or youthful relationships?

Cathy: I see more couples in middle-age dealing with infidelity. Those that have been married for a while. That’s not to say young couples don’t have issues with it as well. However, middle-aged couples are often dealing with the stresses of their careers, raising children, caring for aging parents, etc., which means there is less time to nurture the relationship. Younger couples may not yet be raising children or having the same type of stressors as mature couples. They take care of themselves and their relationship by seeking fun, going on dates, and traveling, as examples. Also, some people cheat because they’re unhappy with their own lives, not necessarily because of their spouse. A middle-aged partner may be in the throes of a “mid-life crisis.” They’re struggling with where they are and what the rest of their life should look like. A younger couple is not yet in that developmental stage. They aren’t faced with the fact that half their life is already over.

***
I completely understand this. I haven’t come across statistics one way or the other, but it seems mature couples are at least seeking therapy to help overcome their problems. They hopefully have enough self-awareness based on their considerable life experience, to realize they need clarity and new skills to navigate their way after adultery has occurred. Time, energy, finances and emotions have been heavily invested. Seeing that slip away can prove daunting for some. Starting over may not be appealing either. Who will want me at this age? What do I have to offer? People who consider themselves to be past their prime can fall victim to negative chatter that undermines their self-worth and positive attributes.

As a mature woman, I get why that would happen. I never feed into the negative, but there are some definite challenges at this stage of the game. At the opposite end, a partner may finally figure out, or acknowledge, they have grown in a different direction and don’t wish to remain with their spouse any longer. Love ebbs, flows—and can definitely wane.

Younger couples don’t necessarily take proactive steps when issues are afoot. The assumption may be; we’re still new at this, there’s time to work it out or get a divorce. The investment is limited compared to a mature couple. The honeymoon phase is still a thing. Hormones are stronger and the body is flush with excitement. Makeup sex takes care of a lot of the irritations in the short run, the long run—not so much. Who’s thinking of the long run at that point? In your 20s it’s hard to visualize life in your 50s and 60s. The idealized version, sure, but the real deal? Those ages seem like such a long way off: “No worries. We’ll get there when we get there—if we get there.”

In either instance, infidelity is a make or break situation. No one knows exactly how they’ll react until they experience an actual betrayal. You can have your preconceived opinion about throwing him/her to the curb, taking the money and running, or seeking revenge, but, until it happens: You. Don’t. Know. You can’t measure the depth of someone’s love or pain.