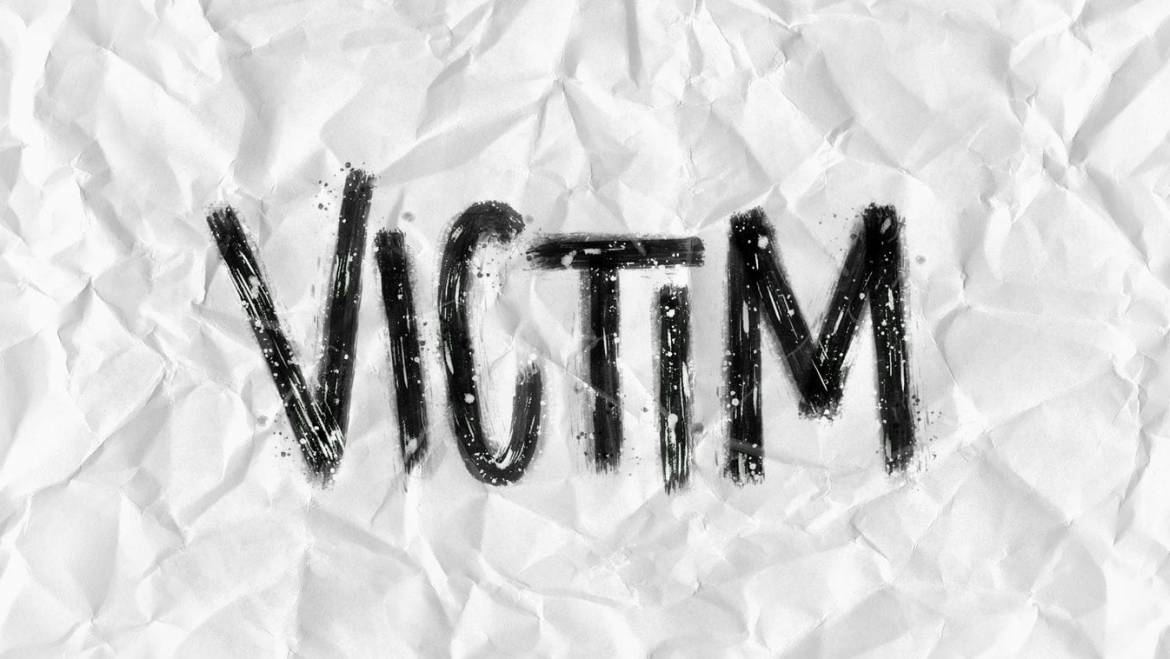 A lot of people say they are victims of infidelity. If we look at the strict definitions of the word, that rings true.

(Disclaimer: Children are deeply affected by fractured families and are true victims, however, this won’t be discussed here.)

Victim according to Merriam-Webster Dictionary online –

a (1) :  one that is injured, destroyed, or sacrificed under any of various conditions <a victim of cancer>  <a victim of the auto crash>  <a murder victim>   (2): one that is subjected to oppression, hardship, or mistreatment <a frequent victim of political attacks>

b :  one that is tricked or duped <a con man’s victim>
Let’s start with definition b. Tricked means an action that is meant to deceive someone. There is a form of trickery involved with infidelity. Definition a (1) injured, destroyed, sacrificed. I definitely was emotionally injured by my ex-husband’s deception — actually, I was more injured by the lie he told. I’m not saying the indiscretion didn’t hurt, but I was more angered by his lie when I confronted him. “I know you’re having an affair!”. “No, I’m not.” By that time, he had been two or three months into it. I personally wasn’t destroyed by his very major faux pas, but it did send me to emotional places I’d never been before. It was a huge hit in many areas. Not one bit of easy. I fell, and I fell hard. Sacrificed? Maybe due to my ex’s lack of foresight. Meaning, he sacrificed our marriage because he didn’t know how to handle matters in a mature and sound way. He didn’t intentionally set out to deceive me, but he certainly got caught up in his own needs. Self-gratification is a powerful aphrodisiac. As for definition a (2), if you’re in such a position, please get out!
My issue with the word “victim” in reference to infidelity is that in most instances – it takes two to maintain a partnership. Agreed, the onus is on the one who decided to frolic in the supposed greener pasture, there’s was a choice that switched up the dynamic. The one left behind is certainly not to blame, but there is a responsibility to understand what happened and why. A lot of people don’t like to hear that, nor believe it. Yet, the continual poor-wounded-deceived-me syndrome isn’t allowing for self-examination. Since I’ve experienced infidelity first-hand, I completely understand how adultery can cause all kinds of personal turmoil and pain, but that doesn’t mean my behavior wasn’t also counterproductive. I readily admit I was responsible for some of the issues that led my ex to believe his only recourse was to do something that would further harm our marriage. I didn’t realize the depth of my negative traits at the time, but as we all know, hindsight is ridiculously keen. However, I did finally understand and know (therapy is a wonder) that certain parts of my behavior were detrimental to me, as well as my relationship(s). Once I understood this, I was willing to up my game, but unfortunately, my ex had already turned the corner and I didn’t have the opportunity to implement my new tools.
With infidelity, it seems some victims shirk personal accountability because they’re mired in feelings of being wronged. They’re angry, bitter, and resentful. Hey, I get it. Those are natural emotions that can linger but must be worked through. It’s a component of the healing process. So is self-awareness. It goes without saying the same holds true for the one who sought solace elsewhere. Addressing deep-seated pains, etc. help to uncover core problems. It’s vital to do so, you don’t want your bad habits to follow you, and they will unless you make a concerted effort to become more aware of your own shortcomings – we all have them.
I never felt like a victim when my husband cheated on me. I didn’t have time to take on that mantle. I needed to stay above water and deal. Thankfully, my self-esteem never suffered. I was already well-formed at that point. I was solid enough in my own person to know I had the wherewithal to forge ahead and create another life. Yes, it sucked. It really sucked, but I was never mired in self-pity. Of course, I absolutely wish it had never happened, but I didn’t have the luxury of “what ifs” either. Seven years later bits of pain still linger, but only briefly, and very sporadically. My ex expressed his remorse early on. We’ve been able to remain connected and in each other’s life. Some find that hard to do. Forgiving, okay; forgetting, not so much. But, it is easier to move on knowing full well that each of us carries our own set of burdens and baggage. The mirror taught me that.
* More of my story is found in Chap. 8, Bits of My Backstory
(For the record, I have also been the other woman. That will be explored another time …)
Share