Why Did This Happen to Me?!

HomeBlogWhy Did This Happen to Me?! 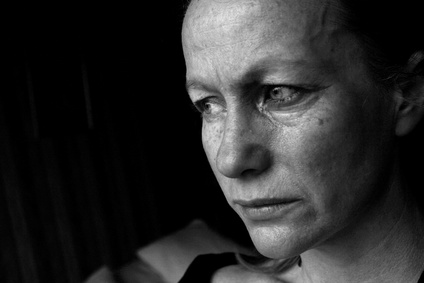 In this third installment, Laura S. shares her intense, and not uncommon, reactions to her husband’s infidelity. She could be the poster child as the betrayed partner, but to her credit, she decides to get adult with it. Bravo!

“Why did this happen?” is a question that can make us breathe more slowly and think more clearly. ~ L. S.

The week after my husband told me he had had sex with someone else, I threw a teacup. Granted, I went into the backyard to do so (thinking I would damage my kitchen if I threw it indoors, can you believe a part of my brain was so scarily logical). I hurled it out the back door onto the brick patio where it smashed loudly into green and white china shards. A few days later I pounded on the hood of his car (ah, the sacred BMW), over and over, trying somehow to dent the cold gray metal. All I got for my trouble was a) a broken teacup and b) bruised hands.

Okay, so I was throwing things. But really I was throwing a tantrum. As if I could stop his actions and his choices by my physical anger. As if he would somehow be afraid of me – me, five inches shorter and sixty pounds lighter – and get that I really meant it. As if the damaged property would bribe or blackmail him, somehow, to stop. To stop seeing this woman. To stop fucking her. To stop thinking about her. To stop telling me he loved her and didn’t want to be married to me anymore.
Not married anymore? Who did he think I was? Being married was it. We’d been married for decades. We’d known each other for just as long. Like a fairy tale.

How could this happen to me, I thought. I am a well-educated middle-class girl, raised precisely to be smart (which I am) and nice (sometimes) and funny (yup) and to have a career (well, sort of) and to get married and have a house and kids. All achieved. Just go down the list and check off the items. Everything seemed to be so pleasingly in place. A complete story. I never expected to have entered suddenly, shockingly, some kind of sleazy daytime talk show, the “Laura and Her Husband Show”, occurring in regular painful installments, in which HE has an affair, HE rips her heart out, HE’s not sure he wants to be married anymore. SHE wonders what the hell happened to the story.

Maybe I threw things because the fairy tale was shattered. Maybe I tried to damage things to mirror my rage. At times the rage would consume me – I thought about suicide, I pictured driving my car into a wall, I considered running away and never looking back. Once I did run away – drove to another town about an hour away – and spent the day walking, eating, and thinking. Of course, I returned.

It was only much later, after I had truly begun my journey of personal recovery (and as we were rockily rebuilding our marriage, which is beside the point really) that I could begin to ask “Why did this happen?” instead of “Why did this happen to me?”. Turns out that the altered wording makes all the difference in the world.

To ponder why this happened to me simply drove the stake in deeper. It simply made me feel like it was my fault. That I must have done something very, very wrong. But changing the question served powerfully to change my entire lens on my husband’s choice. Because it was, in fact, his choice, born out of a variety of tangled emotional reasons and reactions deep within him, not within me. Later I began to read books and websites about the factors that cause infidelity, further proof that neither I nor the marriage was to blame.

The couple’s therapist who suggested that I reframe my question was giving me a way to stop torturing myself, to cease feeling ashamed, and to start assembling the pieces of my own recovery. Part of me wanted to keep throwing things – maybe a saucer to match the cup? – and part of me still wanted to punish my husband. Yet part of me ached to take myself and my ego out of the entire painful mess. “Why did this happen?” is a question that can make us breathe more slowly and think more clearly. Throwing things was reactive; understanding the infidelity was, eventually, reassuring. I could let go of trying to “make” my husband do anything. If I had not created the problem, then it was not my job to fix it. All I had to do was repair my own self, along with the teacup. Krazy Glue is good for that.

Done differently? I would not have yelled and raged and argued. There was no way I could have “convinced” or “persuaded” my husband to stop his affair, and all my anger only served to destroy my energy and sap my soul. In time he would either come to his senses or not, and there was nothing I could do about it.

Lesson learned? It’s hard to know at the beginning whether the betraying spouse will end the affair or not; whether he will want to re-earn your trust or not; whether your marriage/relationship will survive or not. I felt like I simply HAD to have all these answers, and that desperate need to know was simply killing me. Lesson learned: live in the gray area; accept that in time you will have the answers; understand that the boat will rock for a while but you will be okay no matter what happens.

Advice to others? Talk. Tell people. Talk. Tell people. And keep talking. Talking about it helps us to heal; it teaches us that it’s not our fault; it demonstrates that infidelity can happen to anyone; it allows us to process the trauma and thus to move through it (note, not “get over it” but “go through it!”).

How much of yourself did you see in her story? Confusion. Rage. The hallmarks of a woman betrayed. Yet, she managed to work toward rebuilding. This isn’t a common scenario, but it’s one that is doable. As is anything, it’s a work in progress.